Ganja Theories: The Rise of the Spherical Grow Room 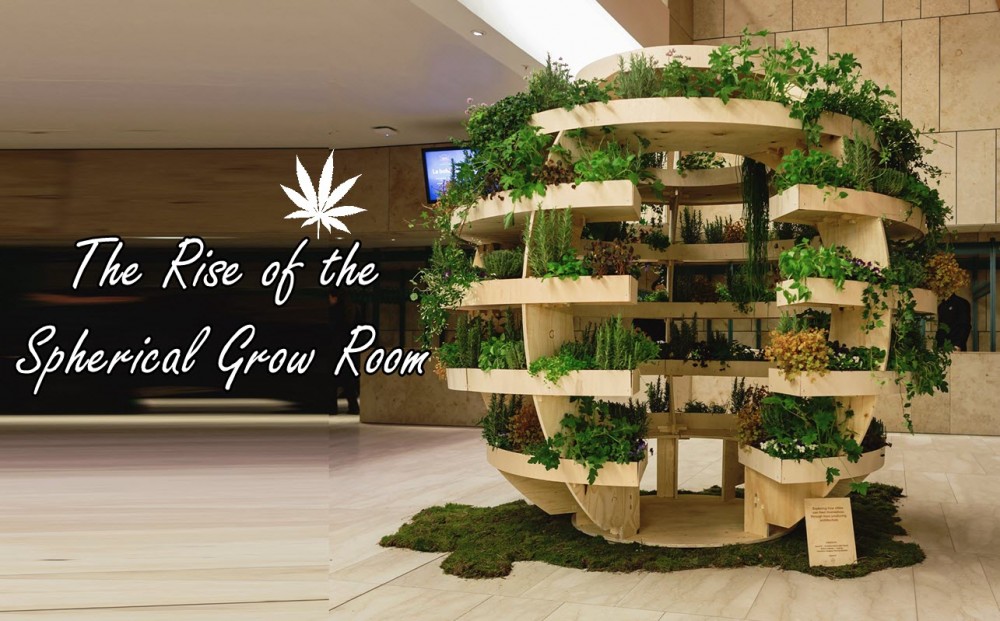 We’ve all had killer ideas when we get high. Sometimes, it’s just ridiculous shit we think about that could be cool. While some people think that this might be a waste of time, I differ in my conclusion. I believe that “highdeas” or “ganja theories” are actually a beneficial practice that keeps your mind limber and agile.

Thinking about “new things” and creating ideas in your head, is creating new neural pathways and helping you with neuroplasticity. While there isn’t a lot of studies on “highdeas” and its effects on cognitive abilities and enhancement – we can relate “ganja theories” and the likes to “daydreaming”. And in terms of daydreaming – there’s a lot of scientific evidence to suggest it’s a fantastic thing for our mental health.

However, I’m not writing about the “medical benefits of daydreaming” but rather the Rise of the Spherical Grow Room. But first…let’s go back to the beginning.

As a home grower, I’m always looking for different ways to optimize my grow space/techniques. There are many options available, from Grow Tents to DIY Grow Boxes, to fully automated grow chambers. While all of this works quite well, people are always trying to innovate the processes and make it “look cooler”.

The real trick is to merge the idea of “Functionality” with “Aesthetics” in order to not only “look cooler” but to be more functional and efficient in the process. Over the years of researching various different growing method, I stumbled on an IKEA Labs Spherical Grow Chamber.

This concept would be the point of partition for my theoretical grow chamber. For weeks I was chewing on the idea of making an “enclosed spherical grow chamber”. Originally, I just thought it would be cool to grow weed inside a sphere, but then the practical applications of the shape of the chamber started to make sense.

How to Make a Spherical Growbox

First, let’s talk about the final “look” and “functionality” of the Sphere Chamber. The way I imagine it is by having 2-4 foot sphere cut in half. The two halves would be attached with brackets (or even Velcro) in the center. This would allow the chamber to open up like a book, revealing two halves of a circle.

The inside of the sphere, all around the edges, would be covered with Mylar for maximum reflectivity. Additionally, on these inner surface of the sphere, we’d place a wire mesh with roughly 1-2 inch squares all around. This will act as a way to weave the weed through the sphere chamber to do a 360-SCROG.

In order for that to work, the light source would need to be in the very center of the chamber. Since we won’t have a lot of airflow naturally, we’ll need to compromise on the light source. Ideally, we’d want to use Full Spectrum LED lights. Since these lights could come in the shape of tubes or strips, we’d be able to make a “Central Pillar” as the light source. We’d also want to cover the light source with a clear plastic tube (also cut down the middle) to be placed as a “protection cap around the light”. This will allow the plants to push their leaves all the way against the tube without burning the leaves.

At the bottom of the chamber, either to the left or right, we’ll make a small hole and install a small computer fan. This will create airflow. On the top, we’ll have another small hole (on the opposite site) which will be our “Carbon Filter” and the place for the hot air to escape. This set up should create a consistent and well-regulated airflow.

This is essentially everything we’ll need for the chamber itself. However, where are we going to grow the actual plants.

In order to be able to grow the plants, well need another chamber/section to the sphere. In this case, we can decide to use either hydroponics or soil methods. Either could work.

For a soil approach, you’ll require two grow pots – one per plant. These would sit at the base of the sphere which would be attached. A small hole at the bottom of the sphere will be left in order to weave the plant through this section as it grows.

Similarly, the Hydroponic System would be at the base and we’d obviously have to use DWC. Aeroponics would also work, but why complicate things?

Once you have managed to get the plants to grow into the chamber, you’ll start weaving each plant into its respective half until both of the plants reach the top of the sphere. The moment that the plant has been weaved throughout the sphere, you can switch it to 12/12 light cycles and use a flowering agent to spark the next phase.

What should we expect?

Theoretically, it should maximize the production of “top heads” within the chamber and would grow it in a 360º direction. In all likeliness, it would increase the yield significantly.

Of course, this is all theoretical for now…but I definitely have my next project lined up.

What do you think about the “Spherical Grow Chamber”….will it work? 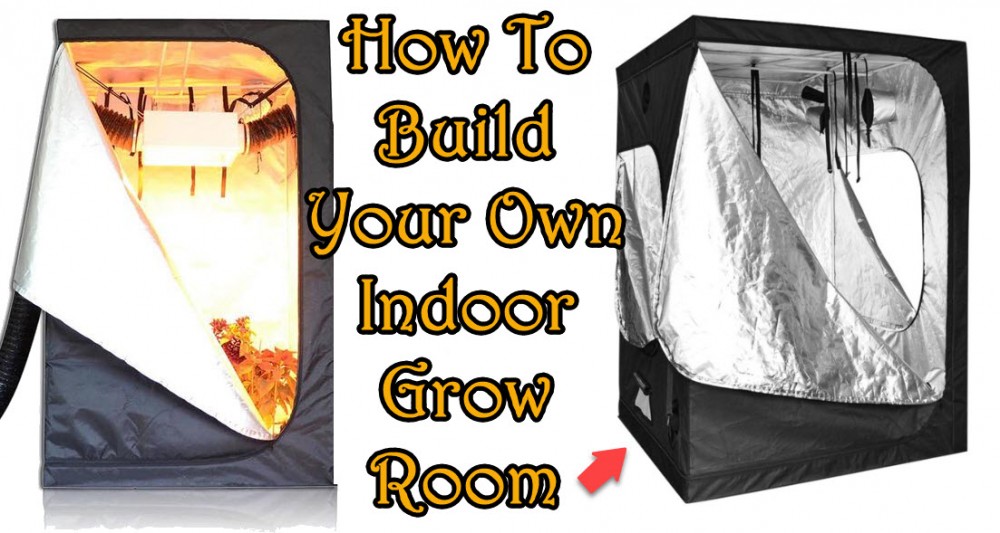 HOW TO SET UP A CANNABIS GROW ROOM AT HOME, CLICK HERE. 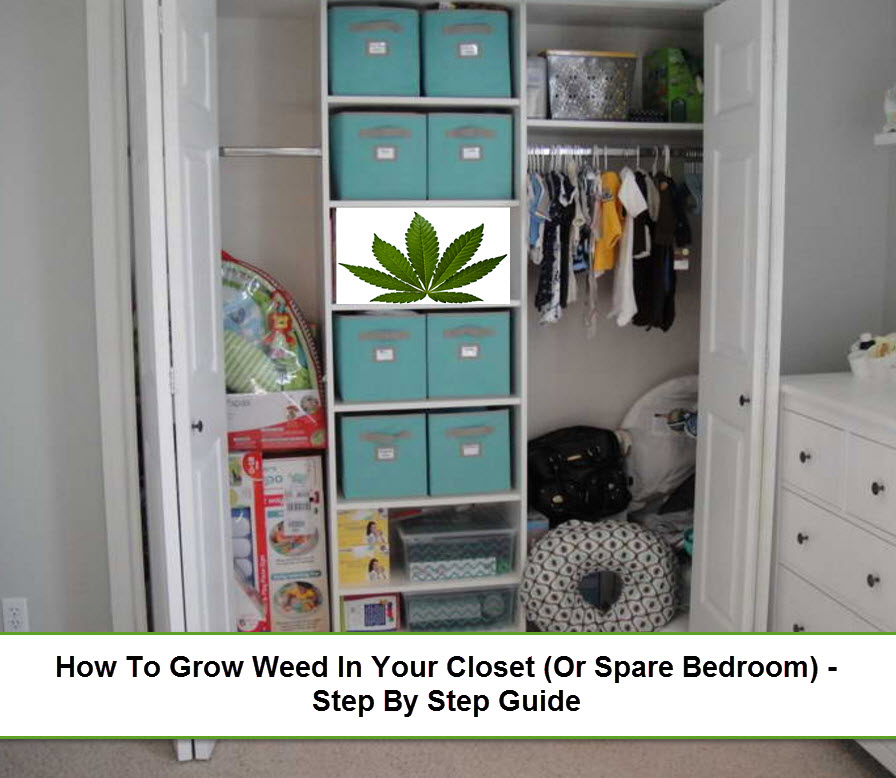 HOW DO YOU GROW WEED IN A CLOSET, CLICK HERE.

Seven Tips For Bringing Cannabis Edibles to Your Holiday Dinner

Recap | Higher Together: Sessions From Home

How Difficult is it to Stop Smoking Weed? (One Week Experiment Results)

The Beginner’s Guide to CBD

What Do Chocolate and THC Have in Common?

Cannabis-Infused Comfort Foods – You Had Me at Mac and Cheese