How to Properly Use Cannabis to Quit Smoking Tobacco 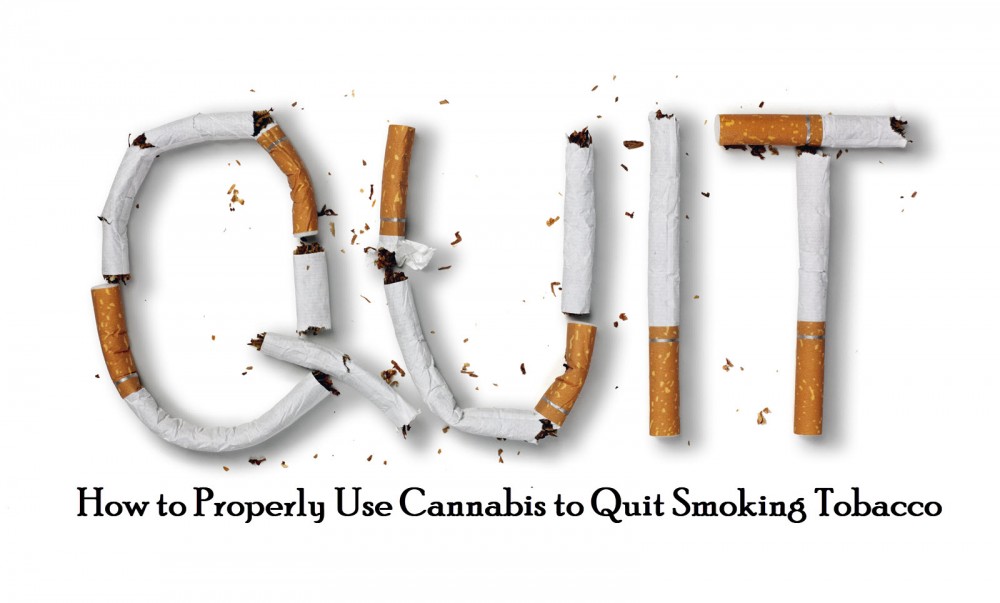 Probably one of the worst drugs on the planet – tobacco – it is arguably one of the most difficult to quit as well. In fact, more people die from tobacco consumption alone, than all other drugs combined (including alcohol).

That’s right, tobacco is the #1 killer in society and has an addiction rating similar to that of heroin and cocaine. Commercial tobacco provides absolutely no medicinal benefit or inherent value to the consumer, however, consumers will justify their consumption habits to the ends of the earth.

Quitting is not easy – anyone who has been hooked on tobacco can attest to this. However, it’s not impossible either. Many people have been using cannabis to help them kick the “habit”, however, most people use cannabis the wrong way to deal with the withdrawal pangs that comes from quitting smoking.

The thing you need to understand about tobacco is that it is also a “drug”. In fact, it’s one of the most addictive drugs on the planet and can get people hooked from the first “puff” they take off a cigarette.

Typically, if you know a regular smoker above the age of 25, in all likeliness, he or she started before they were 18. In fact, it is estimated that if you can hold off smoking your first cigarette until you’re older than 18, the odds of you getting hooked diminishes significantly.

You are 90% less likely to continue to smoke if you light up after the age of 18. However, light up before that time and you have a 90% chance to be a lifer.

Smoking, at least from a societal perspective is now seen as anti-social behavior. More places and people are denying the liberties of smoking, not to mention the excessive taxes on commercial tobacco is making it harder for people to sustain their addiction.

And it’s important to realize that smoking cigarettes is DRUG ADDICTION. Your body craves nicotine, and every time you smoke, you become more resistant to the effects of the nicotine. Over time, you’ll need more frequent doses to get the same feeling.

The moment you snuff out a cigarette, withdrawal symptoms start kicking in almost immediately and within the hour, the smoker will typically light another cigarette.

It’s quite common for “average” smokers to reach 1 pack a day, whereas “heavy smokers” would smoke between 2-3 packs per day.

The biggest issue behind smoking tobacco is the associated brain washing that accompanies the addiction. Some of the brain washing is generated by the user, the rest by society and tobacco companies. It’s designed in such a way that it will keep the smoker addicted seemingly without any hope whatsoever.

The brain washing can be summarized as follows;

These are only a few of the main ideas, however, you can read Allen Carr’s “Easy Way to Quit Smoking” to see these ideas in action. Carr manages to address these common myths about tobacco, allowing you to see the addiction for what it truly is.

Having smoked for more than twenty years, this book was one of the few things that actually allowed me to say goodbye to the idea of smoking forever.

This was actually the motivation for me to write this article on “how to use cannabis properly to quit tobacco”. Because it dawned on me that some people might be using cannabis as a substitute for nicotine, which won’t kill the “addiction” but actually keep it alive even when you physically kick the nicotine out of your system.

The entire concept behind Carr’s book is to make you realize that “no, you never needed tobacco in your life and it isn’t something precious you’re giving up”. When you are using “substitutes”, you actually create psychological signals which you are sending to your brain saying, “Nicotine is so precious, I need to have something to fill the void in its place”.

This only reinforces the paradigm of addiction, and while you’re not smoking nicotine, you are associating the “relief of stress” with the action of consuming nicotine.

It’s important to remove all importance from tobacco to finally win against the programming.

This isn’t to say that cannabis can’t help with the withdrawal pangs. You can easily use CBD or even cannabis flower to help diminish your symptoms, however, it’s important to “not use it when you’re feeling a pang”.

This might seem counter-intuitive, however, it will help you break the addictive mindset if you do it like this.

It will take about 3 weeks for you to be physically “free” from nicotine. However, if you’ve been “taking a hit” every time you feel like smoking a cigarette, you will still be “addicted psychologically” to the tobacco.

Instead, it’s far more effective to consume cannabis at “set times” during the day – Morning, Afternoon, Evening – In order to deal with some of the withdrawal symptoms – but to not use it as a “replacement”.

Rather, whenever you feel a withdrawal pang, simply stop for a second and “feel it”. You know that your body is craving nicotine, but you also understand that smoking will not solve the problem. Rather, it only restarts the chain of addiction and will keep you hooked for life.

When you realize that the “withdrawal pangs” are not as severe as you actually think they are, you start building up techniques to combat these feelings.

In essence, tobacco addiction is mostly a mental condition, but the programming is strong and we are led to believe several common myths about tobacco. It’s important to FIRST break the programming and then to break the addiction.

Cannabis, should not be used as a substitute, rather, use it at “Set times” throughout the day for general wellbeing maintenance.

HOW DOES MARIJUANA HEP YOU QUIT SMOKING CIGARETTES? 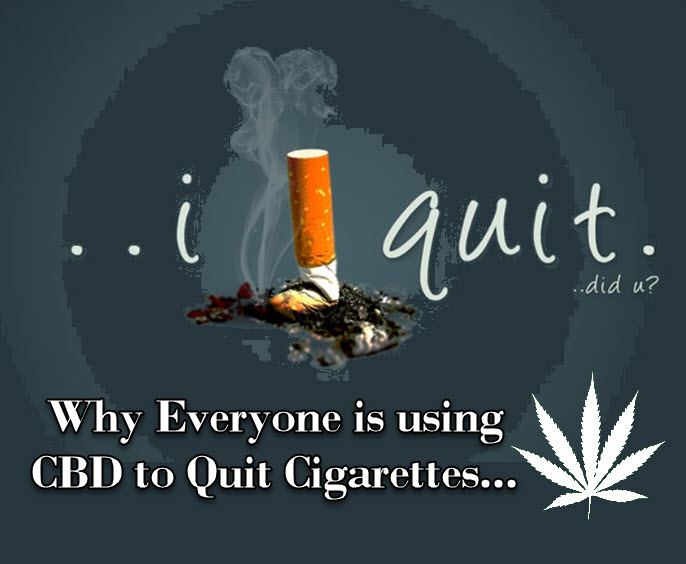 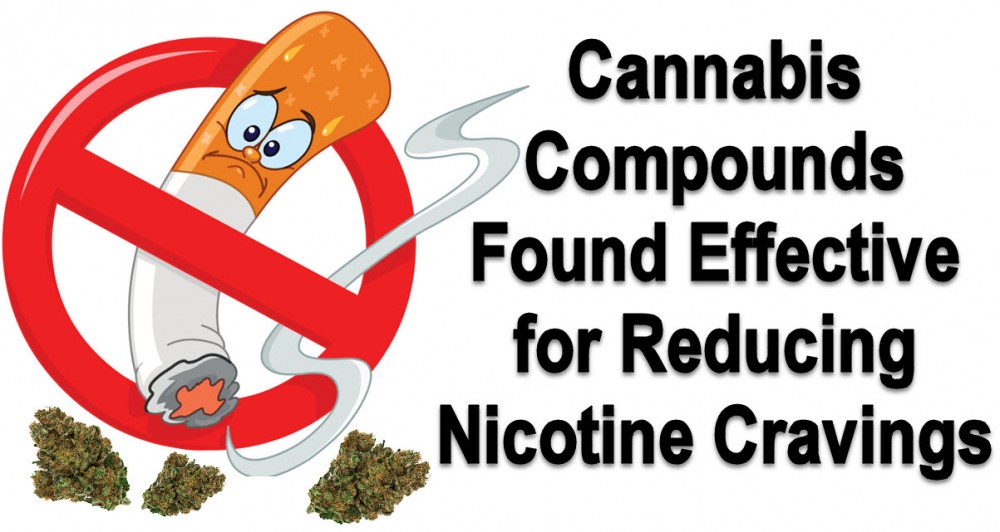 CAN CANNABIS HELP WITH NICOTINE CRAVINGS?

Will the Legendary 4-20 be Cancelled This Year? Here is What We Can Do Instead!