An Interview With Edibles Expert Elise McDonough, Confections At CannaCraft

Oil for Daze: Celebrate 7/10 with These Ultra-Dank Cannabis Extracts

A Session with Erick Khan

Morning Glory with BcBudGal What A World We Live In

Installing LEDs The Next Green Rush For Growing 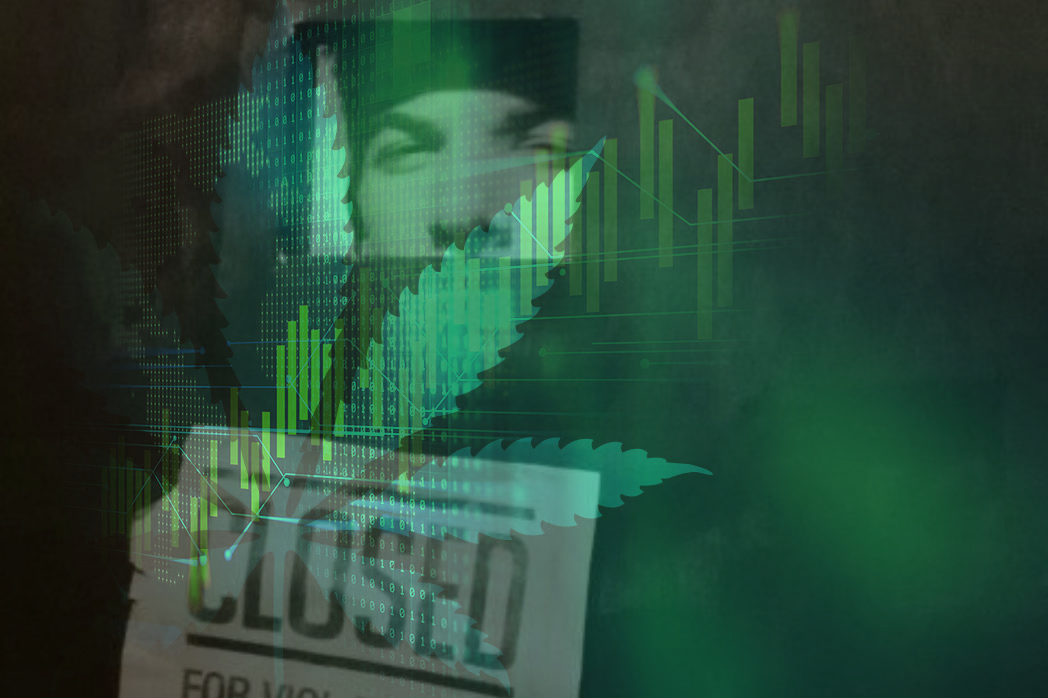 CANNABIS CULTURE –  Here we are a year after legalization and the bust predicted by many cannabis activists and others in the business has, to some degree turned out to be true; according to reporter David George-Cosh of BNN Bloomberg the top five cannabis companies on the market – Canopy, Aurora, Aphria Inc., Tilray Inc., and Cronos Group Inc. – saw a total of $5 billion in market capitalization disappear.

In the past few weeks we have seen raids on the two oldest and most respected  Cannabis Dispensaries in British Columbia, Dana Larsen’s ‘The Dispensary’ on Thurlow St in Vancouver’s west end and the ‘Cannabis Buyers Club’ founded by Ted Smith in Victoria. These raids were conducted by the “Community Safety Unit” usually with a few city cops in tow to ‘observe’. (read intimidate)

Now licensed producers are once again calling on government to scapegoat the black market and step up enforcement to try to claw back some of the money they have lost and shutter illegal stores and websites, (read  ‘the competition’ ) meanwhile the cannabis they are offering, if you can find it is old, stale and ‘mids’ at the very best at double the price of a better quality black market product.

No wonder illegal sales are thriving, cannabis users know what they want and what’s on the shelf at the legal stores is not it.

The difference that defines these times, unlike ever before in the history of cannabis prohibition is now we have investors, some of who have a lot of money in the game calling for a return on their capitol.

Money talks and when people are losing it things start to happen, evident by the recent enforcement action we are seeing, it appears to me that we are headed back to days of past where pot sellers had to take steps to protect themselves, no different in the 80’s and 90’s when growers also had to find ways to ‘hide’ and developed a number tricks to avoid detection.

It’s only this writers opinion but I feel it’s not doing much good pitting your small store against corporations calling for your arrest and closure. We aren’t protesting for legalization anymore, it’s here now and we were cut out of the deal, putting up a sign in a storefront that your selling pot now is only asking for legal troubles at the least and a financial loss to be sure.

What’s really the main objective now is the need to protect yourself,  your clients and your investments while being able to stay in business until this pseudo-legalization is given the death it deserves.

If your determined to sling weed out of a store front style business I suggest only keeping a limited amount of product on site and have a signal system designed or set times where someone or better yet a few different people drop in with more stock AND take away large sums of cash, something else you don’t want to loose in a raid. A signal could be as simple as raising or lowering a blind or adjusting a curtain, or placing something in a window, or removing it… my point here is stay off the cell phone and no texts, that just makes it easy for the cops to intercept you. Police are monitoring social media more than ever before and using all the technological software they can get their hands on so the easiest, least expensive a way to fool them is go back to simpler times.

Imagine what it was like back in the 1920’s during alcohol prohibition, secret knocks, code words, signals like taking off your hat or opening an umbrella or the hood of a parked car down the block… put street people to work as lookouts.

Think of ways to expand on that, and if you smoke one first it shouldn’t be a problem to come up with all kinds of good ideas.

Another option is a pop-up store, set up a phone network of your clients and have a pre arranged time and place to meet and do business for a set time, have people nearby holding extra stock and a visual  signal system in place, again have runners to take away large sums of cash, you don’t want to loose that.

There’s also the option of doing delivery, in the city all you need is a bicycle.

Some readers might remember a time when if you sold drugs of any kind you carried a numerical pager and had codes for clients, that could still work today on a cell phone but you can be tracked so it’s best to work in pairs or groups of threes if you want to go this route, a money person, someone to deliver the goods and a third to handle the phone, if anything happens with the police or the CEU they are missing some key pieces of the puzzle.

Back when I was dealing hash in the 70’s out of a rooming house in downtown Toronto with a few friends we had other friends rent rooms under their names on the upper two floors as well that we paid for to use as stash rooms. If the cops did come by with a warrant (and they did) they got nothing but traces… there was no reason to go bothering everyone in the apt. house nor did they have the warrant to do so. The three of us moved a shitload of black hash through that house over 8 months or so under constant pressure from the cops.

Now the only slump in cannabis sales is in the legal stores, the desire for good, clean, fresh and strong weed is ‘higher’ now than ever before since the closure of the majority of dispensaries, cannabis clubs and stores that numbered over 100 not so long ago, are we going back to the days of dropping in on your buddy and playing video games on the couch for a few hours, getting high and scoring?

Perhaps, those were fun times but as always, to much traffic in and out is a heat score so spend some time, set up a private club, charge memberships, don’t advertise, members must be voted on and sponsored by another member, do not talk about any of your dealings on social media, the cops are watching that.

Have personal meetings in your living room, don’t mention any business in a text message and above all have fun, we started this business and I don’t see any reason why we should stop just because the government makes grandiose promises about marijuana, cause like so many other government great ideas, this ones a turkey and it’s come home to roost.

Weedscraft – How to Make a Sigil Joint Spell

Calgary Cancer Centre Rejects a $6,000 Donation Because It Came From a Cannabis Club

Cannabis in the UK: Why Being a Brit Sucks

What Do Chocolate and THC Have in Common?

WTF Is a Hemp Wick and Why Should You Use One?

The Latest Report from the FDA Shows How Poorly It Has Handled...

POT BROTHERS AT LAW – SHUT THE FUCK UP FRIDAY – SHUT...

WHY did my plant Hermaphrodite? – Intersex Cannabis Explained + Breeding Out...