T.I. Gets Big Things Poppin’ with Snoop Dogg on a New GGN

Breast Implants And Marijuana: What Women Should Know

Hemp CBD: Will Federal Courts Wait to Decide CBD Cases Until the…

How Much Money Do I Spend on WEED?

Why are Cannabis Companies so Bad at Forecasting Their Numbers?

At this point in time, many of you would have tried two of the most famous cannabis concentrates – BHO and Rosin – or at least you´d have heard of them. They are two types of resin extracts that, while being similar in terms of purity, flavour and aroma, they use totally different extraction methods; which can lead us to opt for BHO, obtained by washing the plant matter in butane gas, or Rosin, a concentrate of similar quality and strength, but produced with no chemical solvents.

Naturally, both methods have their pros and cons, which can make us lean towards one technique over the other. In this article we are going to analyse their main features and highlight their most important advantages and disadvantages.

BHO, 20 years of the purest oil

It’s been 20 years since this extraction method that uses butane gas (Butane Hash Oil or BHO) was revealed in the online library Erowid in 1999. It was one big step in the cannabis extraction world in terms of simplicity, performance and potency of the final product, which for many was the most powerful substance they had tried till then. From that moment on, this method has been evolving and improving over the years to achieve a level worthy of the pharmaceutical industry, from the dangerous and ill-advised open blasting of its origins to the modern closed loop BHO extractors of today. The use of fresh material to produce what is known as Live Resin is another step forward, with a final product that offers a terpene profile far superior to that of the product obtained from dried material.

As you can see in the article from the link, several types of BHO were developed and named – in general – according to their texture. These different types of concentrates are often obtained during the post-processing by beating or using varying temperatures and vacuum points during the purge. However, certain plants always provide a specific type of oil due to their terpenes, cannabinoids, waxes, etc. content, and it’s very difficult to achieve another texture with such plants. In broad terms, these are the main characteristics of BHO or cannabis oil:

Rosin Hash, solventless concentrates are taking the scene by storm

Shortly before 2015, Rosin was born – a new way of separating the resin from the plant material, which, at the end of the day, it’s what we all look for in any type of extract or concentrate. The subject soon caused a stir among the cannabis community, since it was a method as innovative as interesting: it consisted in, literally, “iron” the buds with some hair straighteners… crazy, but effective!

As one would expect, especially given the legal situation in many regions of America, and taking into consideration the Spanish club scene, the technique was soon refined, and the use of industrial presses adapted to this purpose was introduced. These presses offered tons of pressure as well as effective temperature control, and nowadays are known as Rosin presses. Furthermore, the use of Rosin bags with different microns, and the ability to compress resins like hash, allowed the experts to give the technique another turn of the screw and achieve a product that finally could compete with BHO. And without chemical solvents!

The quality of rosin can be amazing (Imagen: @northbeachnatural)

Without a doubt, this last aspect has been particularly significant in explaining the surge of this type of cannabis concentrate. On the one hand, the fact that it does not involve the use of chemical solvents makes many people feel safer when consuming the product, since they know that it’s been developed in a “natural” way, that is to say, with no chemical substances. On the other hand, the absence of solvents implies that there’s no need to purge the extract, which means the producer can avoid complicated and costly post-processing treatments to ensure an extract free of solvent traces and other sub-products, such as the famous mystery oil. In addition, the Rosin presses allow us to make crystals of THCA and terp sauce, one of the most fashionable concentrates in the best cannabis clubs. Rosin main features are:

Rosin vs BHO… which is better?

The first thing we have to bear in mind is that it’s very different to consider this question from the point of view of the consumer and of the producer. If you just want to use a quality concentrate, you can choose any of them, as long as you make sure that BHO has been properly purged and does not contain solvent traces. If the producer had a good source material and has applied the right technique, the quality of both Rosin and BHO, in any of their forms, will be excellent, and it would be very difficult to say which of the two methods offers a better product.

But if you want to make your own resin concentrate, many doubts may arise in terms of which method to use, since both require an initial investment that can be quite significant, and have very different methodologies. As we already discussed, one of the reasons many people prefer Rosin is because of the dangers of handling butane, something that many wish to avoid to save themselves from any potential accidents of a serious nature. Also, you don’t need to invest any space or money in vacuum ovens to purge the extract, since the product can be consumed as it is, without having to wait for hours or days until it has been completely purged.

Then… Does Rosin have only advantages? Not exactly. You can process much more material working with butane (BHO) than pressing your buds (rosin) in the same amount of time. Although the cost is higher (extraction equipment, vacuum ovens, vacuum and gas recovery pumps, the solvent itself, etc.) and the process more complicated, its speed, especially taking into account the amount of processed material and the work implied in both techniques, would tip the balance in favour of BHO, despite having to spend more time purging. 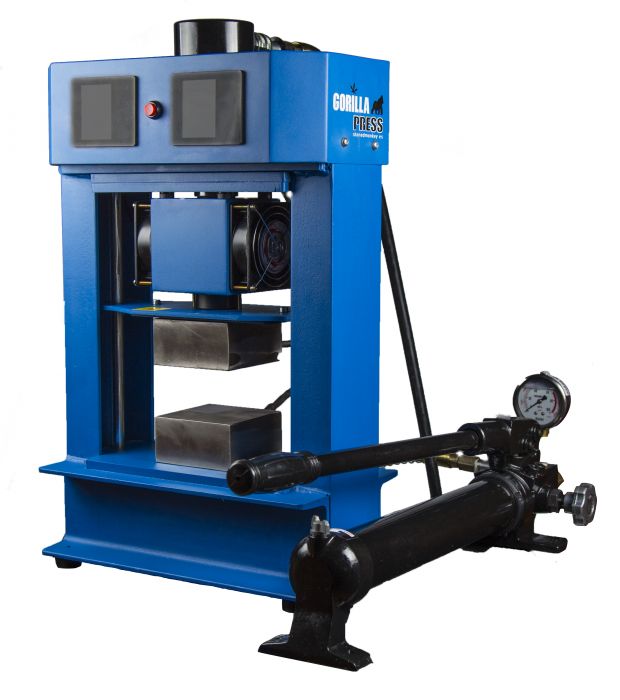 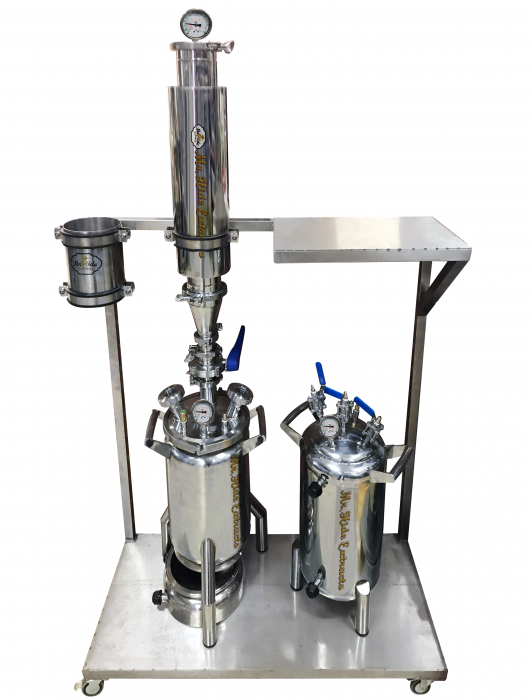 The decision must be taken calmly, weighing all the pros and cons we’ve seen. However, you might ask yourself a couple of questions, and if the answers are affirmative, you’ll know you have to choose Rosin: Do you want to be 100% sure that your concentrates are natural, with no chemical solvents used during the extraction process? Do you want to avoid the risk of working with a highly flammable material such as butane?

If your answer is “yes”, it is clear what you should do: choose Rosin. On the other hand, if you don’t mind any of these factors and can afford the equipment, you’ll probably prefer to make BHO and maximize your time and material. At any rate, and as we always remind you, if you want to produce BHO you must exercise the utmost caution and minimize all the risks; the consequences of an accident can be catastrophic, both for you and for the people around you.

From Under The Influence with Marijuana Man: Smoking Mike Tyson Amounts Today!!!

Forget $4: Aurora Cannabis Could Drop Below $3

The Mature Stoner: Why Are So Many Seniors Smoking Weed?

A CBD-Infused Sleep ‘Cocktail’ to Bring on the Zzz’s

CBN is Another Cannabis Compound With Beneficial Properties

How Do You Buy Cannabis Seeds with Bitcoin?

What are We Talking about When We Say CBD Vape Pens?