Is Cannabidiol (CBD) Effective for Migraines?

The Duality of THC. Why Does it Happen? 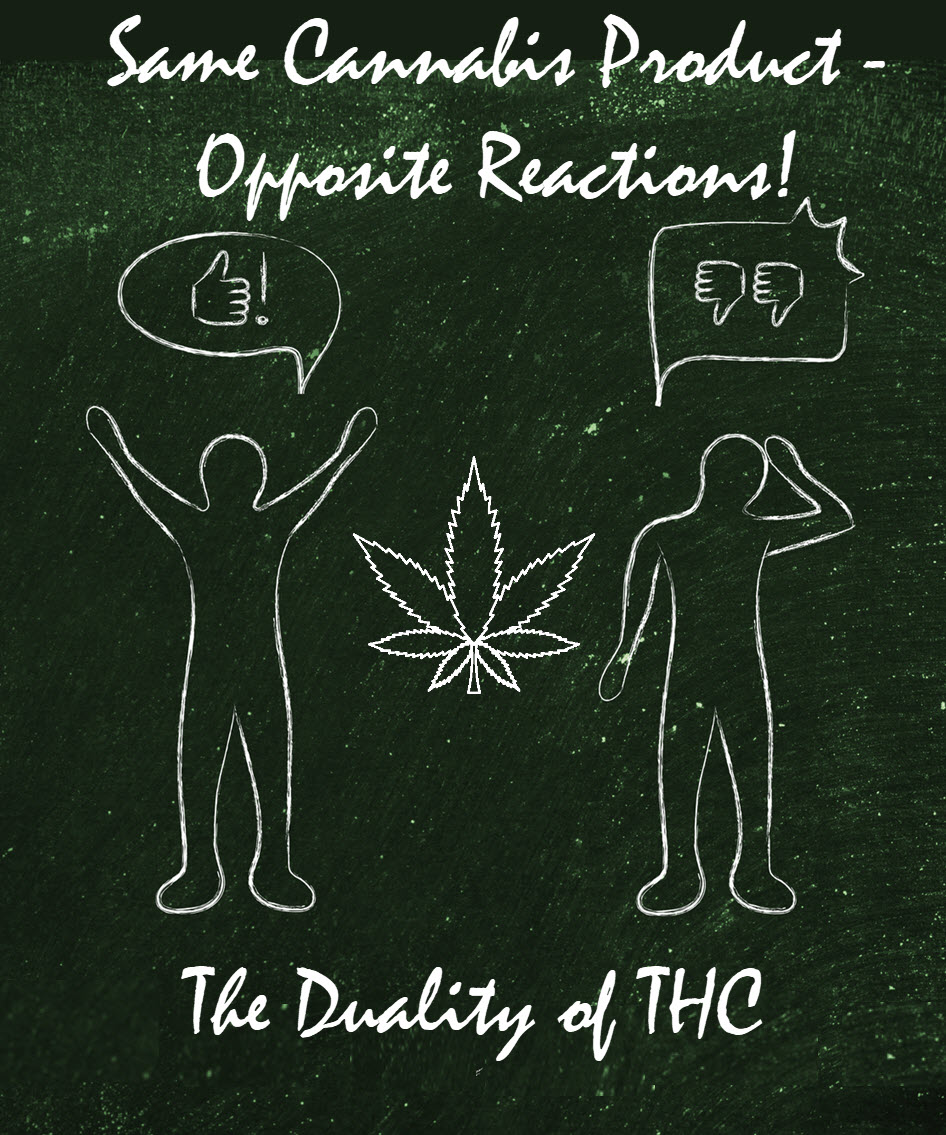 Anyone that has been using marijuana for a long time already knows that sometimes the effect is not as expected. Most people use weed to chill out or to have a good time. And for most, it is just what happens. But there is a little bit of a leaning spree needed to have a perfect relationship with the wonderous medicine and curer of many things. Most users will remember at least one time in their walk with weed, a mild onslaught of paranoia. Some could even have had a worse experience. But why does it happen?

Many factors are involved when you use cannabis. It doesn’t matter if it is for recreational purposes or otherwise. What is clear now, is that those factors influence different results in different people. Many are using it for anxiety and stress. People with PTSD benefit from it too. It gets prescribed for people whose nerves are at ends mead. Then why is it that THC has such polarizing effects on anxiety and fear?

Why Does THC have Two Sides?

Cannabis has more than a hundred different cannabinoids. Many of them are biphasic in nature. This means they have two phases. Bringing it closer to medicine, it means it has a dose-response curve. The amount you take in as a dose matter. A low dose can have one effect, and a higher dose an altogether different one. But at each end of a dose curve, an opposite experience could be triggered.

THC is the one we know as the psychoactive one. It is biphasic too and different people experience different results. The same joint could be shared by a few people, and each one could have a different reaction to it. For some people, a tiny dose is enough to keep anxiety at bay. That same person, when the dose is medium to high, THC triggers a panic attack. It is more noticeable in THC as it is the most known cannabinoid, but it is not uncommon to cannabis.

Are there more Biphasic Things that Influence Us?

Another word for biphasic is hormesis. In the 15th century, a man called Paracelsus gave meaning to the effect by naming it hormesis. His life work was to find the differences between therapeutic and toxic compounds. He discovered that everything could be poison to us. It very much depends on the dose. He was spot on. There are many things other than cannabis too, that has a pendulum effect. Something as simple as chocolate could be toxic too. Chocolate has a chemical compound called theobromine. You will have to eat a lot of chocolate, but a high dose of theobromine will have hazardous effects.

Literally, everything we take in can harm us if we take it in too high amounts. Something like too much water can be harmful to us. Many pharmaceuticals tend to be biphasic too. This includes medicine for seizures, anxiety, and medicine that could influence memory and learning. That is why finding the correct dose is so important as it can have alarming side-effects.

When you smoke or eat cannabis, you are going to get high. THC mimics a process your body has programmed to keep anxiety levels in check. In the brain, the CB1 receptors respond to feelings that could wire you up by regulating the mood. When you smoke cannabis, the cannabinoids bind to that same receptor and triggers anxiety to be lowered. You feel more relaxed now. But sometimes it doesn’t go according to plan. Other factors changed the game plan.

The receptor sites in the body get used by the body’s own endocannabinoids as well as the cannabinoids from marijuana amongst others. When there is a shortage of these endocannabinoids to those exposed to trauma or stress, THC has a relaxing therapeutic effect and reduced anxiety. An interesting finding is that those with pre-programmed anxiety could have a paranoiac experience with a too high dose of THC.

It Boils Down to This

If you are an anxiety-prone person, you would want to keep the following in mind.

Try strands with a lower THC to CBD ratio. CBD helps to counter the psychoactive effects of THC

Follow the rule: Go slow, go low. Control the amount you take in. If it is an edible, start with small amounts and space it well.

Use your cannabis in a peaceful environment. Try to leave anxiety at the door.

Keep on experimenting until you find the right way for you. 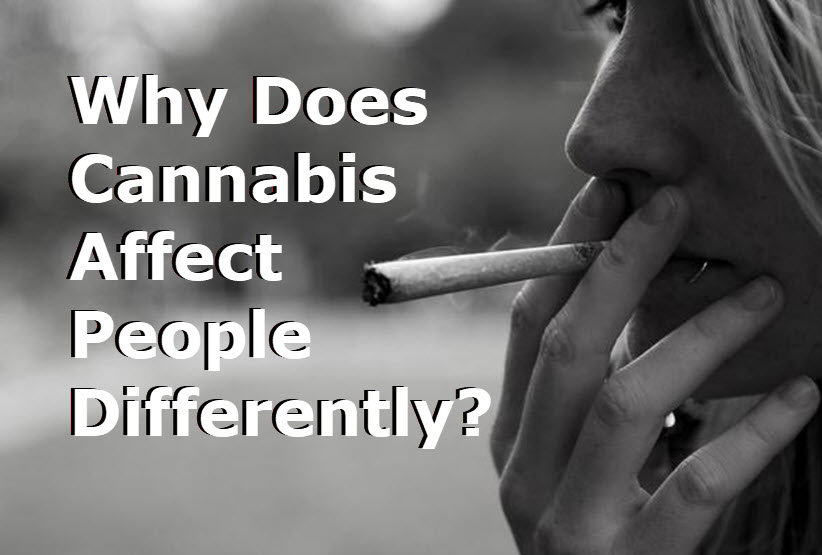 WHY DOES WEED AFFECT PEOPLE DIFFERENTLY? 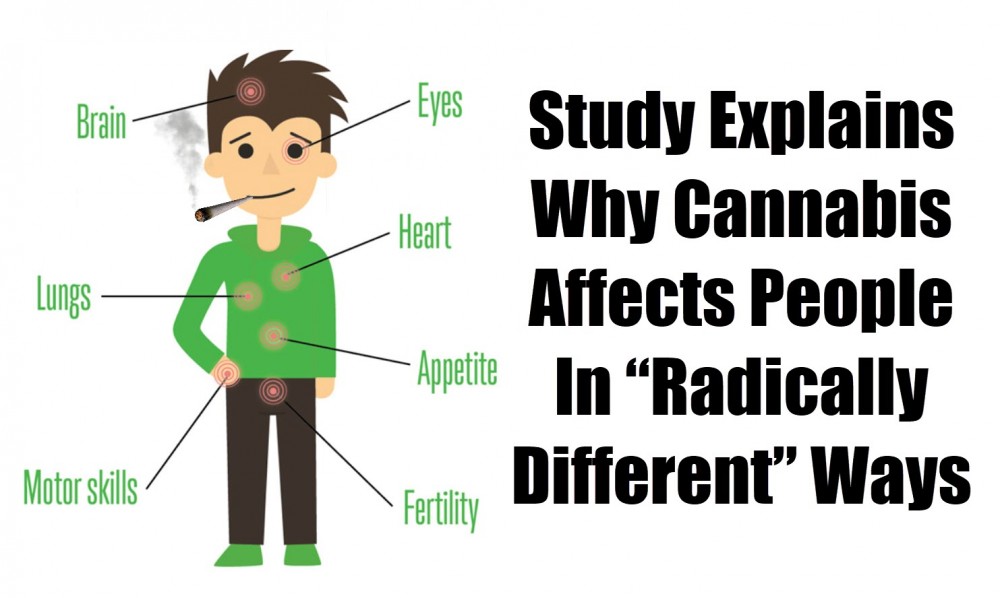 How To Not Get CAUGHT Smoking Weed!

Epileptic Girl, Two, Who Is One of the First British Children to Be Prescribed Medicinal Cannabis Still Can’t Get the Treatment on the Nhs as Her Father Has to Pay £1,000 a Month for a Private Supply

Cannabis Stocks are Taking a Beating, Even as Optimism Grows Over U.S. Policy Changes

THC Slushies, Pirate Radio and the Cannabis-Driven Boom in a Mohawk Community

You Can Get A Master’s In Medical Cannabis In Maryland

What’s a Moon Rock (and Should You Care?)