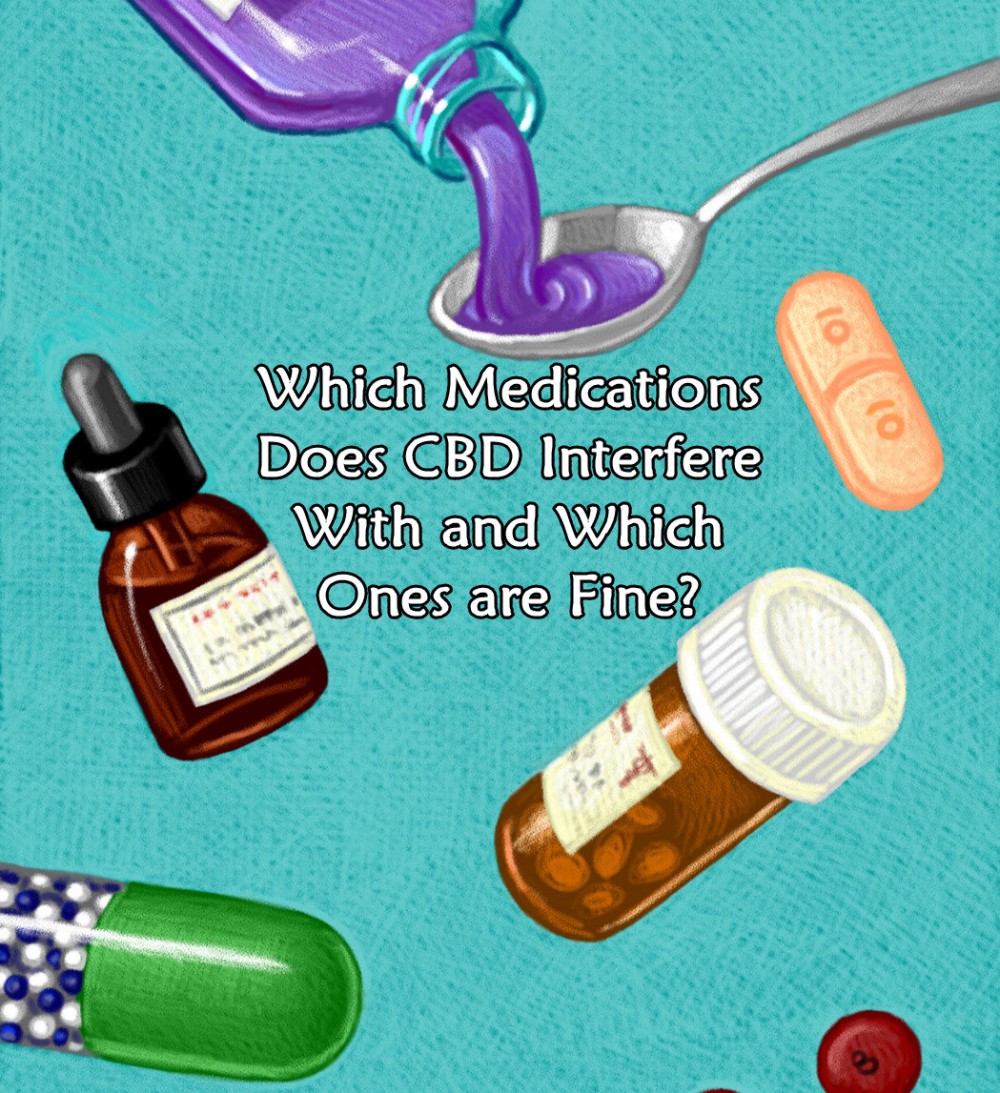 CBD is one of the more popular cannabinoids besides THC. You find CBD in almost everything from oils and tinctures to edibles and topical creams. You can buy it on the internet or at a local pharmacy. You can most likely even find it at your local market. CBD is legal, even in places where recreational weed is not accepted yet. CBD is natural and safe. But is it safe to use with your other medicine? More importantly, how should you use it with your other medication? Before we hit the panic button, let’s understand how CBD works and how to administrate it correctly.

Understanding What CBD is

CBD or Cannabidiol is a chemical, also known as a cannabinoid. It is the main cannabinoid in Hemp. The marijuana plant also has CBD, but THC is more abundantly found. Both cannabinoids have medicinal properties and are used for many health issues. What many people don´t know is that CBD might interfere with some medication you take for other medical problems. Because most medicines are chemicals just like CBD is one too, it will interact with other substances. One way to test if there are interactions is to do the grapefruit test.

What is the Grapefruit test?

The grapefruit test is a good way to test if any medication you take will interfere with cannabidiol. Any drugs that are affected by eating grapefruit, would be affected by CBD. CBD reacts in the same chemical way as grapefruit, but it is more potent.

How does CBD interact with other Medication?

CBD can increase or reduce the effects of certain drugs by interacting with the receptors in the endocannabinoid system. It inhibits the activity of cytochrome P450. Cytochromes P450 are groups of families of enzymes that contain heme (a coordination complex) as a cofactor that acts as monooxygenases. (enzymes that incorporate one hydroxyl group into substrates in many metabolic pathways).

The majority of medications, CBD included, are broken down by CYP450, the family of liver enzymes. CBD blocks some enzymes in this family. Certain drugs break down at a slower pace now, and side-effects could increase. The drugs are more potent. Your doctor has to lower the dose of these meds. On other drugs, CBD induces some of the enzymes so that the breakdown of the drugs is speeded up. Now the drugs are less effective, and the dose has to be increased.

Drugs that could have side-effects while using CBD

CBD and other plant cannabinoids can increase the effects of drugs like Warfarin for blood-thinning. CBD slows the metabolizing of the drug down so that it stays longer in the body.

When CBD is combined with sedatives, it produces an additive effect. That means the effects of the medication are increased.

Does it mean people using these drugs should stay away from CBD?

It is not as bad as it seems. Older people should take care when they start using CBD because their livers and kidneys take longer to eliminate stuff. They also often use more medication. So, side-effects could increase. There is literally no medication that comes without any side-effects and CBD could be included in this. But the potential side-effects of CBD are much lower than other meds. The best rule to apply when CBD is taken with other medications is to start with low doses and gradually increase it. It is also better to not take CBD at the same time as the other medication. It is best to take it on alternate times.

What often is found is that when CBD is taken, other medications eventually are reduced or completely eliminated. CBD is a natural chemical and has no long-lasting side-effects where other medications could be very harmful. Now that there are more awareness and studies done on the effect of CBD on other medication, it becomes easier to find the right doses. More doctors are clued-up and start to understand how the endocannabinoid system work.

Until now, there has not ever been a life-threatening drug interaction with CBD. Maybe some weirder than usual side-effects were experienced like drowsiness or nausea. Dizziness could also have been experienced. In elderly people it could increase the risk of falling.

A Word of the Wise

Stick to the golden rule: start low and slow. When in doubt, ask a professional. CBD is good with great results, but if you are using certain meds, get informed. 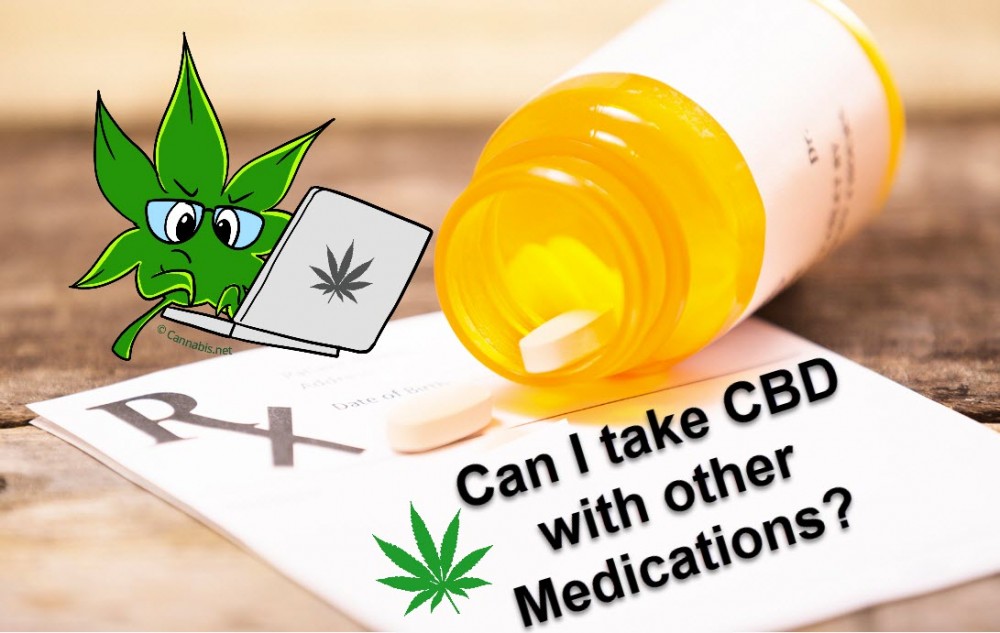 CAN YOU TAKE CBD WITH YOUR PRESCRIPTION DRUGS? 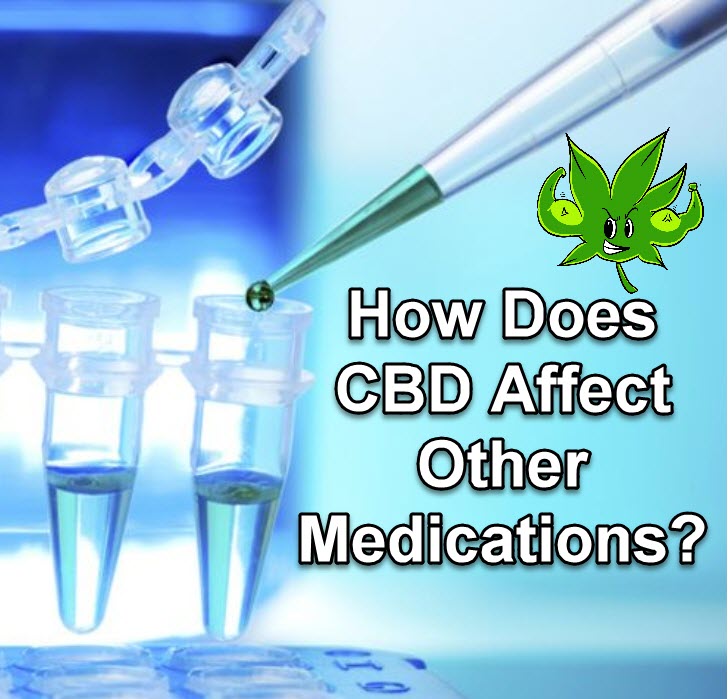 HOW DOES CBD AFFECT OTHER MEDS IN YOUR BODY? 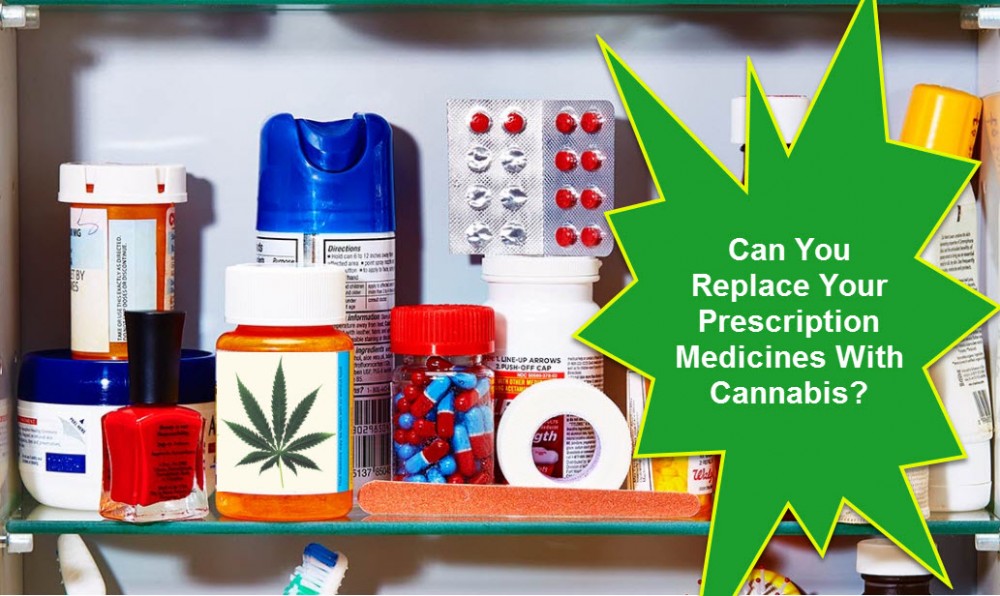 Hello Again Is Taking On Menopause: At The Source With Cannabis

What Is Caryophyllene and What Makes This Weed Terpene So Special?

U of a Lights Up Medical Cannabis Research Through $300,000 Donation

What Is The Best Time Of Day To Take CBD?

The Connection Between Intermittent Fasting And Your Endocannabinoid System

Why U.S. Cannabis Researchers Have Had to Resort to Importing Pot From Canada and the Netherlands