Why do we fear Euphoria? THC’s Battle for Mainstream Acceptance 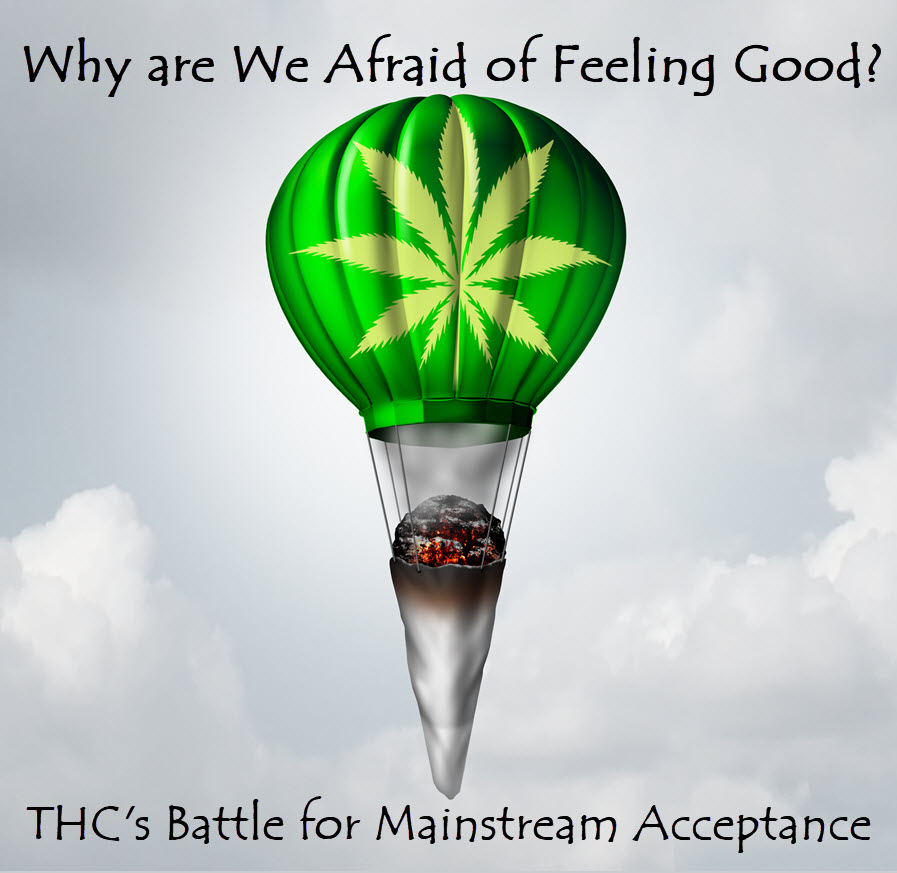 There is no doubt in most people’s mind about the therapeutic benefits of cannabis. Since 1997, when California first legalized cannabis for medical purposes, millions of medical patients have sought relief from the plant.

This was all “pre-mainstream acceptance”. During these initial phases of the cannabis movement, people like Rick Simpson was one of the very few sources you could rely on in terms of therapeutic assistance. According to him, he has helped thousands of people cure their cancer utilizing a very basic alcohol-based full spectrum extraction method currently known as “RSO”.

Millions of people have replicated his recipe and healed their ailments utilizing cannabis. Over the years, the pharmaceutical companies (who held patents on several cannabinoid processes for decades), decided that it’s time to start their cannabis-based medicine.

The public have broken through the red-tape with persistence, the DEA and the FDA were not successful in keeping the population ignorant about the benefits of cannabis. Eventually, they were forced to get more actively involved with the cannabis industry due to a documentary released by CNN.

On August 8th, 2013, Dr. Sanjay Gupta released a short docuseries entitled “weeds” which shed light nationally on the therapeutic benefits of cannabis. He mainly focused on THC and CBD, however eventually the documentary specifically shed a light on CBD or Cannabidiol.

This particularly in relation to the case of Charlotte Figi  – who was using a high CBD strains created by the Stanley Brothers in Colorado. The “non-psychoactive” nature of CBD made it prime for the medical community, yet THC – which does get you high is frequently demonized in the media.

Why do we hate feeling good?

The only difference – once gets you high while the other doesn’t. And it is because of this very reason why THC is demonized while CBD is praised.

This despite the fact that THC also has;

I won’t go into all of the medical benefits of THC because there are simply so many to consider. Not to mention, that CBD, THC and the rest of the cannabinoids, terpenoids and flavonoids within the cannabis plant “work together” to create what researchers call “The Entourage Effect”.

This is a phenomenon where the different cannabinoids create a synergistic effect for better results. In other words, CBD and THC together, work better than THC and CBD on their own. While both still provide therapeutic benefit by themselves, it increases exponentially when they are combined.

However, because THC “can get you high”, it is demonized. In fact, THC is still illegal nationally while CBD is no longer listed as a Schedule-I substance.

The question is – What’s wrong with being high?

We accept being “doped” but we shy away from being “high”?

Think about it this way. Whenever you’re being prescribed opioids for pain, the doctors, you and the rest of society all know that “You will be doped!” On the bottle you’ll read “Do not operate heavy machinery while medicated”. Yet, we still ‘okay’ the side effect of being “doped out of your mind”.

We accept the fact that the therapeutic benefits of the medicine outweigh the cons of being doped. And so, if someone is “on some painkillers because of their aching back”, we do not judge them and accept their drug use as medical.

However, if you walk into the room and see someone smiling from ear to ear, eyes hazed with a pinkish hue – providing the exact same reason for consumption; you don’t immediately accept it as “acceptable medical drug use”.

Times are changing sure, however, the meta narrative associates “feeling good” with “drug use” and “doped” with “being medicated”.

For some reason, one should not feel good when recovering from a physical ailment. You need to either be “out of your mind” or “feel nothing at all”. However, who is to say that the euphoric feeling isn’t therapeutic in its own right?

Why Getting High is Therapeutic

If for one moment, you could turn off your pre-programmed responses and think outside of the box, ask yourself this – what could be therapeutic about getting high?

To answer this, we take a look at the emotional state of the “diseased”. If you’re suffering from pain or discomfort, your emotional state tend to be leaning closer to the “depressive side of life”. In other words, your disposition and outlook towards the future is diminished.

This “negative attitude” actually works against the healing processes of the body. It is scientifically observed that having a positive disposition is actually helping you heal faster and not get sick as often. You can read more about that from Johns Hopkins Medicine.

If cannabis has a chemical inside it, that lifts your mood, during the time of healing and recovery – then euphoria should not be counted as an “obstacle to overcome” but rather as a “tool to utilize more effectively”.

Controlled doses of Euphoria – or getting high – can actually have a profound effect on our personal recovery and while more studies on this phenomenon is required, it doesn’t mean that we should simply shun THC because it is psychoactive.

It’s time we put childish ideas behind us, there is no moralistic argument to advocate against the idea of euphoria in medicine, especially if there is no physical way to induce a lethal dose – such as in the case of cannabis.

THE BENEFITS OF THC, READ MORE… 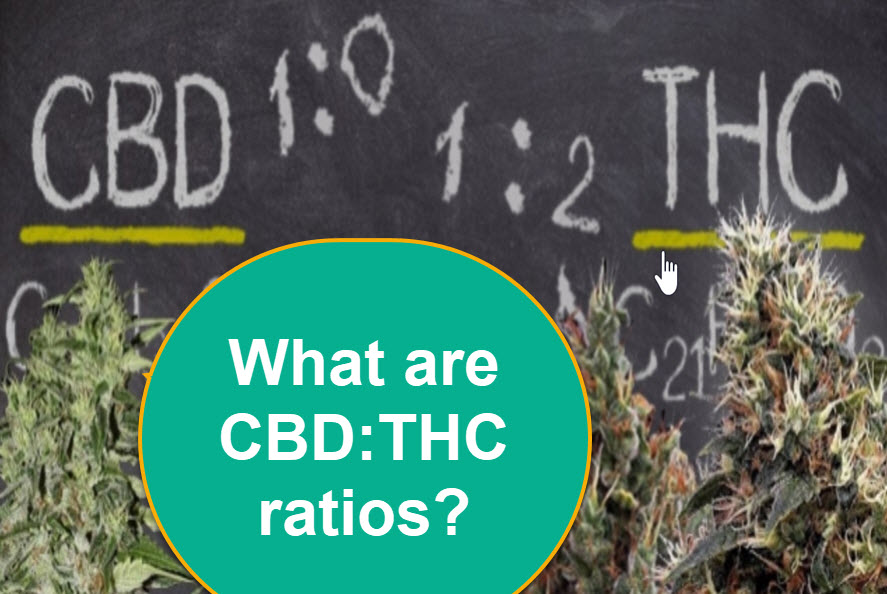 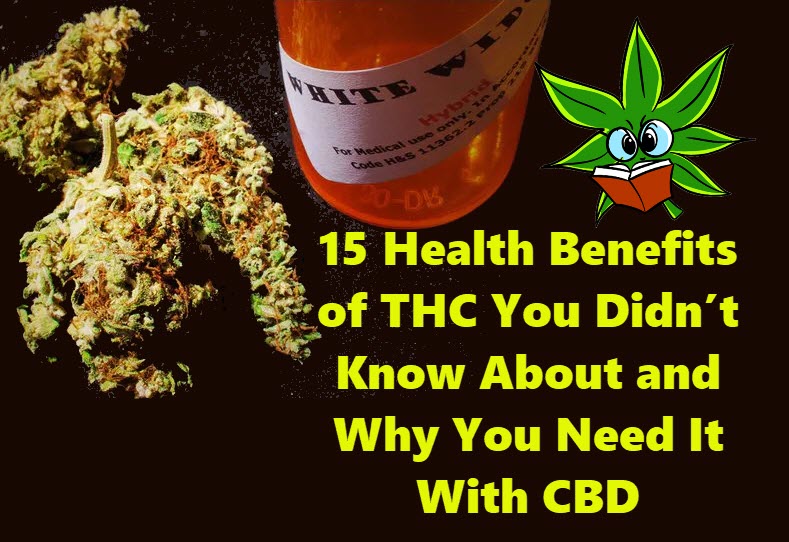 BENEFITS OF CBD WHEN YOU ADD THC TO IT, CLICK HERE. 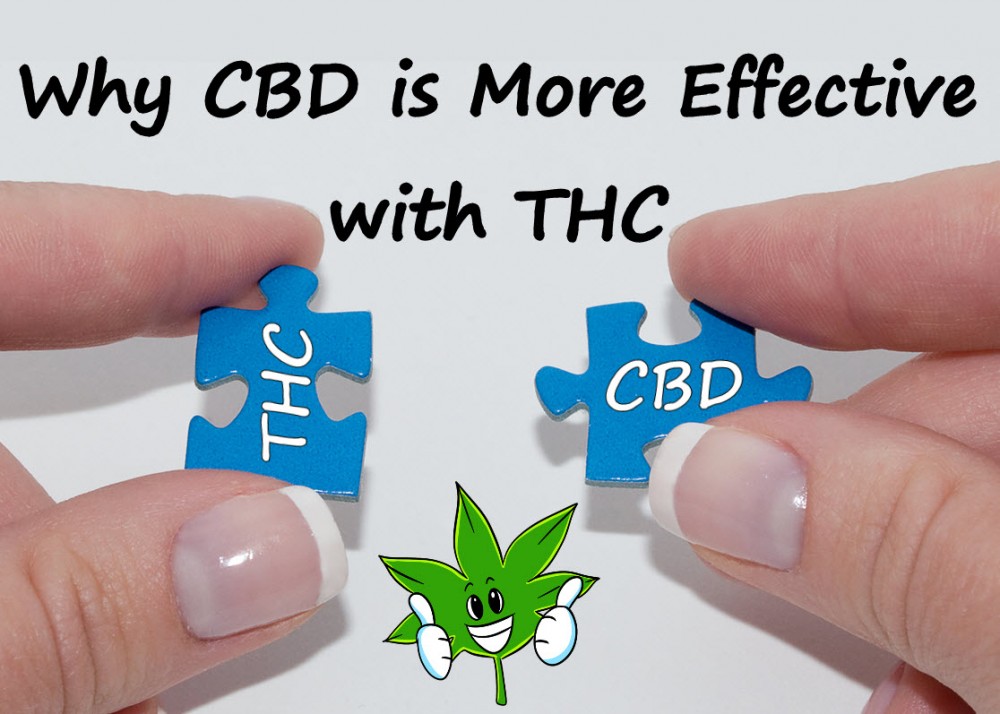 WHY CBD IS MORE EFFECTIVE WITH THC, READ HERE.

How to Make a Crazy Delicious Cannabis Cake

The Cannabis Soma/Haoma Theory: A Synopsis Based on the Latest Textual and Archeological Evidence

Cannabis-Infused Comfort Foods – You Had Me at Mac and Cheese