Why Banning Concentrates is a “Baaaad Ideaaa!” 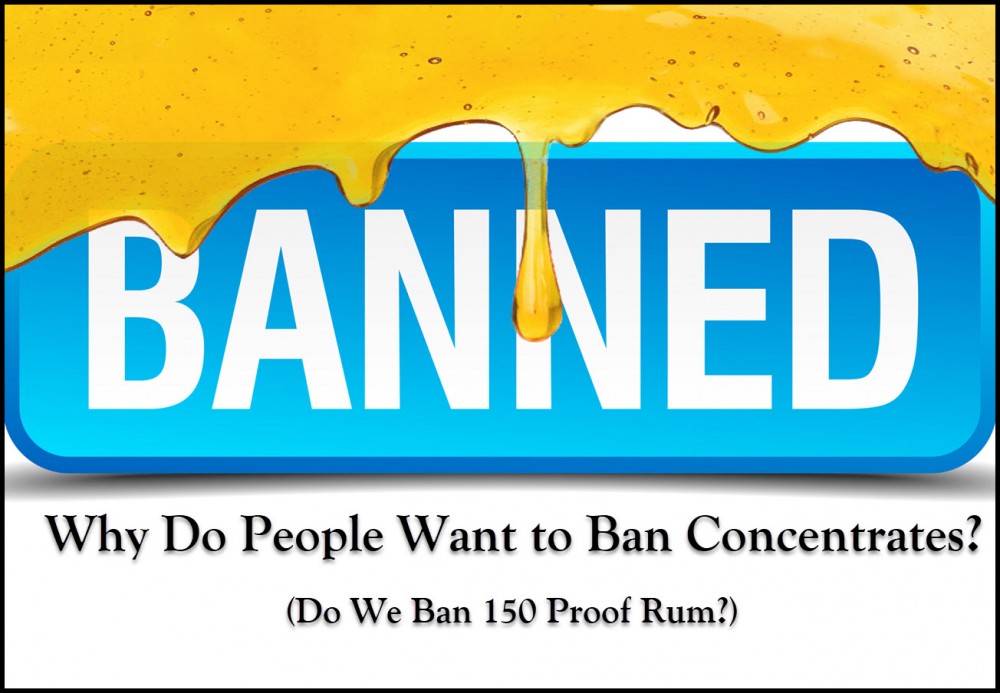 One would think that in 2020, lawmakers would have realized the follies of their ways. However, it’s apparent that some people “in the name of public safety” – resort back to ancient paradigms that are crudely ineffective.

Not sure what I’m talking about….let me fill you in.

Within the state of Washington, there is House Bill 2546, which aims to limit THC levels in recreational products to just 10%. Anything above this would cease to be “legally available” which in turn, would mean that roughly 40% of all the current products will become illegal.

What’s more disturbing is that the legislators actually know that they are attempting to ban 40% of the recreational market with this bill. One would like to think that these lawmakers are making these decisions on empirical evidence and rational thinking – one would be entirely wrong.

What are the reasons for the Bill?

For the sake of being as clear as I possibly can, we’ll be walking through a few passages in the bill – I’ll be making commentary after each section.

To quote the bill directly, “The   legislature   finds   that   health   professionals   and researchers continue to find an association between the use of high-potency-marijuana and the occurrence of psychotic disorders.”

Hmmm…health professionals? What specific studies are they citing within the bill? Let’s once more take a direct quote from the bill itself;

“A  2019 study  analyzed  data  from  patients  with  first-episode  psychosis  and found that, compared with participants who reported never having used cannabis,  “participants  who  used  high-potency  cannabis  daily  had four-times higher odds of psychosis in the whole sample, with a five-times increase in London and a nine-times increase in Amsterdam.”

Aah, the London/Amsterdam study! I remember this one. It’s the one where they utilized eloquent math to create a number that “appeared” to support their conclusion – however, the study itself was far from scientific. It should hardly be used as “evidence” for making a legislative change that would affect thousands of citizens and businesses within the State of Washington. Nonetheless, it is the source of their motivations.

This is why it’s important that these “studies” that are often published in these journals as “bait pieces” with no real ‘verifiable conclusions’ should be scrutinized and rejected publically by intellectuals everywhere. These junk-studies are aimed to provide legislative ammunition to regulate the cannabis market unlike any other market in the US/World. Alcohol isn’t scrutinized to this level and is evidently a far more toxic and dangerous substance to society. If there is no ‘rational-equity’ then there should be no legislative action.

What would this mean for the public?

The alleged reason why these lawmakers want to limit the THC levels is due to “public safety concerns”. However, one could argue that this move would unintentionally make it more “dangerous” for the public.

This type of legislation should be very alarming – especially, with 2019 “vape-related deaths” which were primarily caused by “unregulated black market products”. If WA legislatures were to succeed with this asinine move, they would essentially create a massive new black market within the state.

Consumers won’t – just because they changed the law – stop consuming high potency pot products. There will still be a demand for the product and by making it illegal, they would essentially make these products “cheaper” since they wouldn’t have to pay taxes on the goods. This would also allow black market players to do with the goods whatever they desire – without any regulatory oversight.

And then…think of the DIY hooligans that are going to be making BHO in their backyards again. We’ve seen a decline in “concentrate related explosions” due to the superior quality the legal industry has to offer. Make it illegal – you’ve got yourself a recipe for volatility.

Can you smell the dead bodies piling in the future if this legislation were to pass? I can, and it’s not pretty.

However, that’s not all!

What is going to happen to 40% of the current legal cannabis market that makes their money from concentrates and other high-potency goods? The loss of revenue will most assuredly translate into a loss of employment in certain sectors.

What should they rather be doing?

After all this time, I’m shocked that lawmakers still rely on the old, “Oh a problem? Let’s ban it!” approach. Have they learned nothing over the past 100 years on the ills of banning things people love to consume?

The only approach that has ever worked to help reduce the risks of any substance use issue is education. Instead of treating adults – who voted to legalize cannabis without all this regulatory oversight – like individuals who are responsible for their own health, lawmakers believe that “you” the consumer – is a raging mongoloid unable to survive without their almighty guidance.

Just educate the people. Here…let me try it.

Hey, Folks in Washington. Do you like weed? Of course, you do! That’s why you voted for it to be legal back in 2012. Well….eight years have gone by and we’ve learned a lot about weed! For the most part, everybody seems to be doing fine.

We have noticed though, that some people are hitting the dabs pretty-hard. Ya we know, it totally is “fire” but here’s the thing – dabbing like a fiend probably isn’t the best thing for you. We don’t really know a lot about what happens when people are exposed with such high potency THC over a prolonged timeframe, and we’ve noticed that some people simply can’t hold their shit down.

We don’t think it’s because “they just too green”, it’s probably something to do with oversaturating the endocannabinoid receptors in your brain – which could, in some cases, lead to cannabis hyperemesis syndrome – where you’ll feel nauseous and pretty shitty overall and where hot showers [continually] is the only way to chill out. Of course, this is most likely to happen to people who dab 24/7-365.

We’re not saying stop dabbing, we’re saying – just watch out for your health. If you feel the need to dab every single day, or the moment you open your eyes until the moment you go to sleep, you might be a little too dependent on weed.

If that’s the case…then maybe take a look at that. We just wanted to give you a heads up on what we know so far. Don’t worry, we’re always looking out for your best interests, so we won’t just go ahead and pass arbitrary laws because we’re afraid and are uncertain. We’re looking into it but in the meanwhile…your health and wellbeing is ultimately your responsibility. So please continue consuming cannabis while keeping your best interests at heart.

There, I think that solved the problem. It’s okay Washingtonian Lawmakers, I’ve fixed everything! 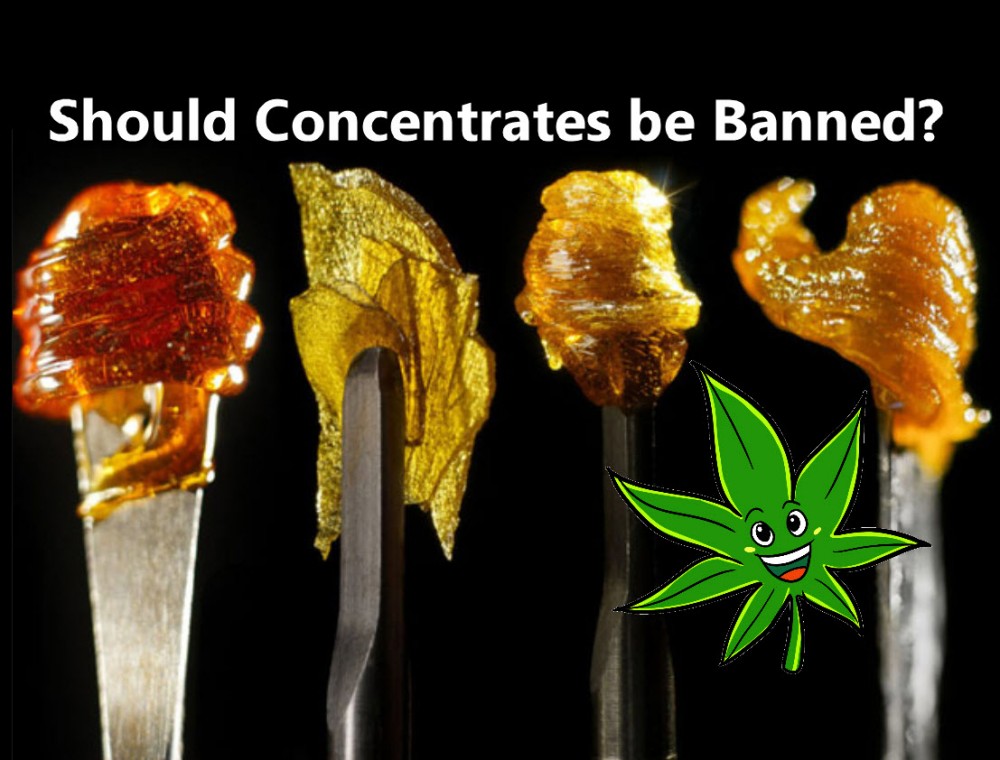 SHOULD MARIJUANA CONCENTRATES BE BANNED ENTIRELY? 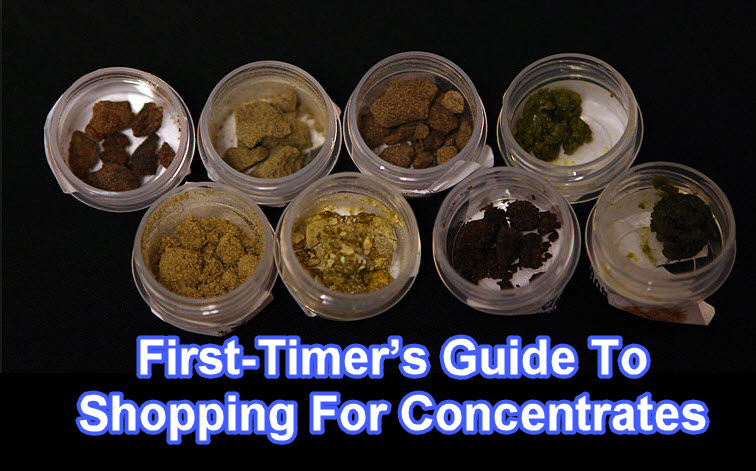 WTF Are Entheogens and Are They Legal?

Cannabis Restaurants Are Coming to California, With ‘Budtenders’ and ‘Flower’ Service

The Only Pot-Brownie Recipe You’ll Ever Need